The Curta is a project of the Austrian engineer Curt Herzstark while he was imprisoned in the Buchenwald concentration camp. 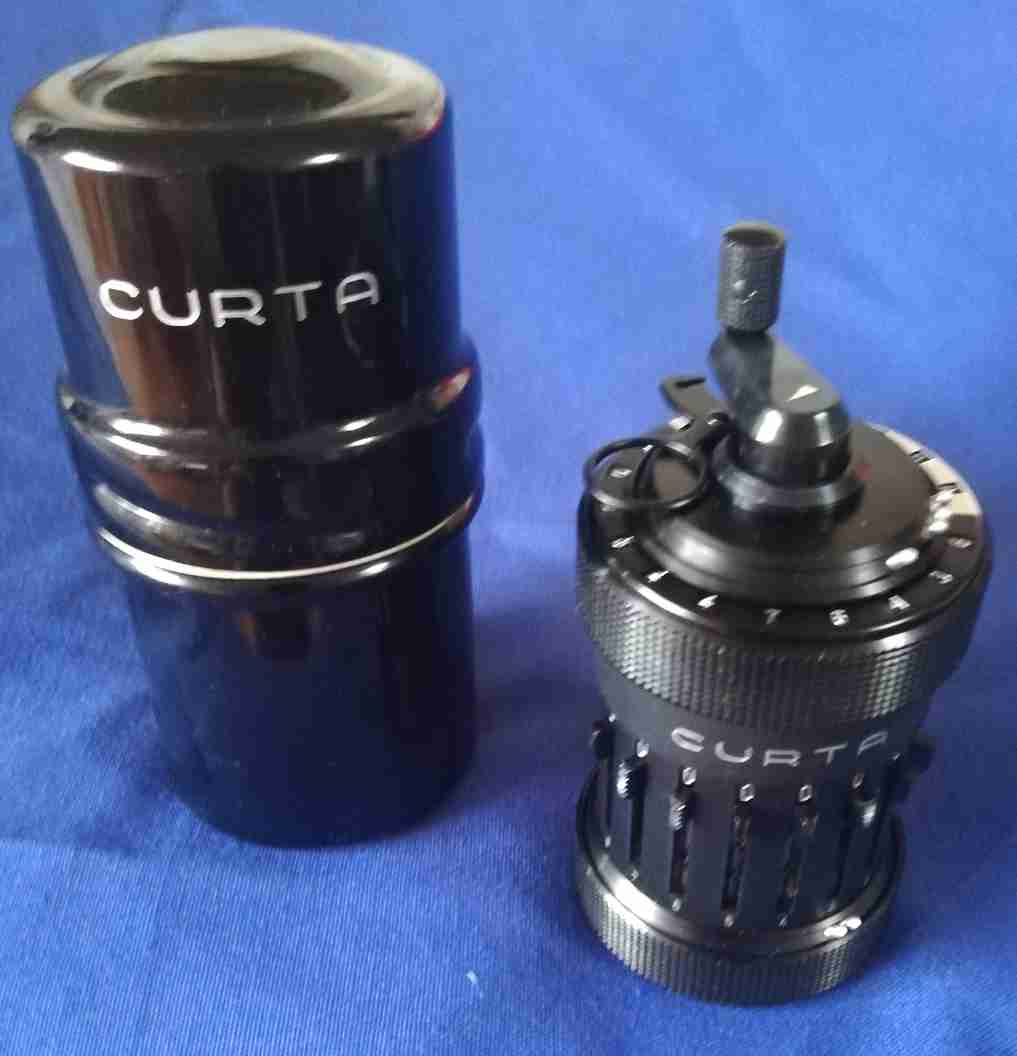 He had developed considerable experience with mechanical calculators from an early age, as his father had an office machine company, Austria. This produced calculators based, like the Curta later, on the Leibniz transposer.

Young Curt began designing his own calculator for his father's company. When he was interned, following the Nazi persecutions against the Jews, he was assigned to a "special" unit to be able to finish his invention, which the Nazis wanted to give to Hitler. His skill was such that, albeit in desperate conditions, he managed to resume and complete the project. After surviving the camp and the Second World War he was able to perfect and complete the project. Construction was entrusted to Contina Ltd Mauren in Liechtenstein.

The two models, called type I (photo 1) and type II (photo 2), differ in the number of digits that can be processed. The first model accepts 8-digit numbers as input, has a 6-digit tachometer and an 11-digit totalizer, the second, slightly larger, has 11 cursors, an 8-digit revolution counter and 15 output digits .

The use of the Curta had a period of popularity in car rallies between the 1960s and 1980s.
Even after the advent of electronic calculators, the Curta continued to be used for calculations of speed, times and distances in races, thanks also to the greater robustness and reliability compared to the first electronic machines, and to the ability acquired by operators to enter digits. by touch alone.