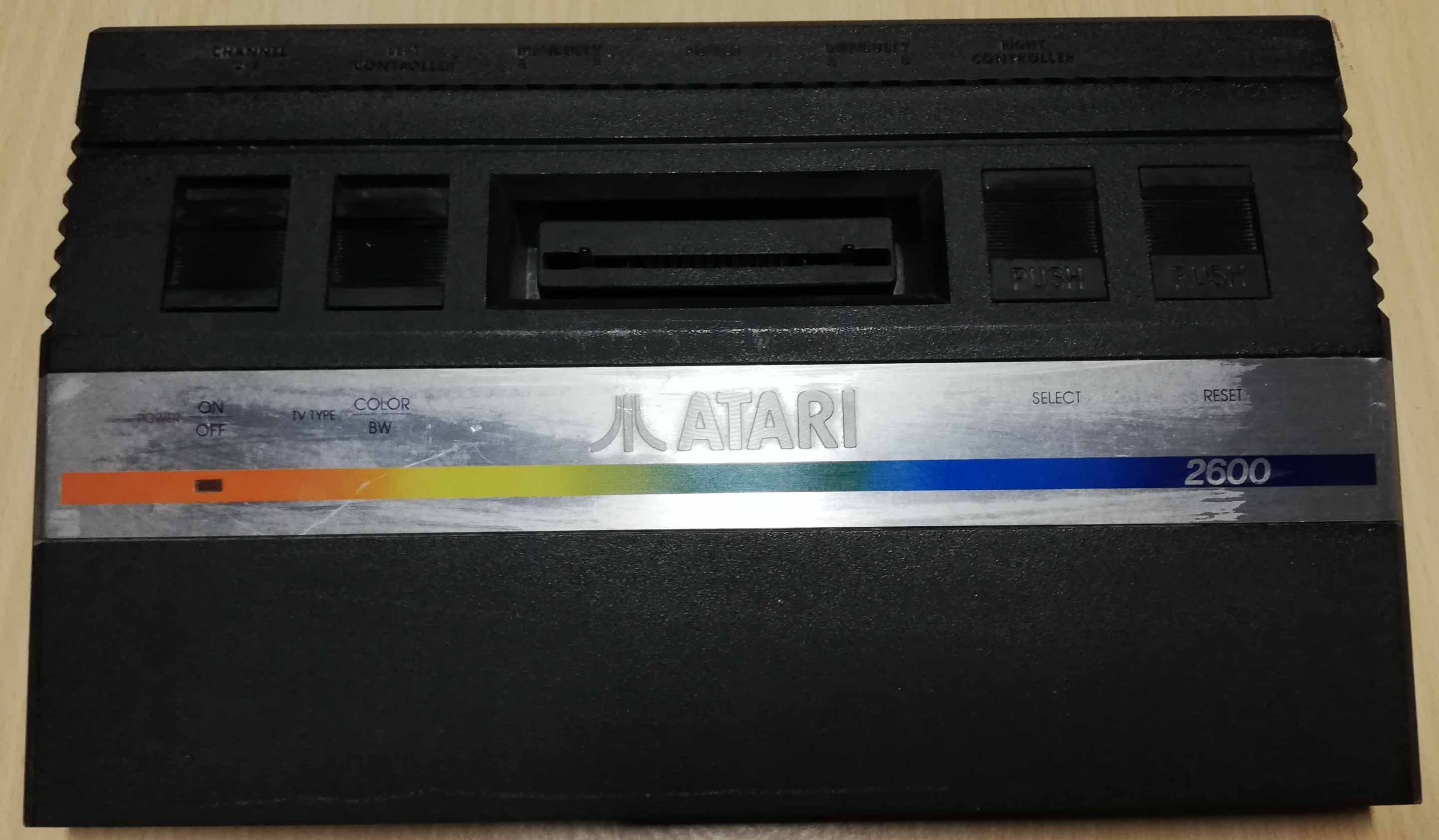 The 1986 model has a smaller, cost-reduced form factor with an Atari 7800-like appearance. It was advertised as a budget gaming system (under $49.99) with the ability to run a large collection of games. Released after the video game crash of 1983, and after the North American launch of the Nintendo Entertainment System, the 2600 was supported with new games and television commercials promoting "The fun is back!". Atari released several minor stylistic variations: the "large rainbow" (shown), "short rainbow", and an all-black version sold only in Ireland. Later European versions include a joypad.